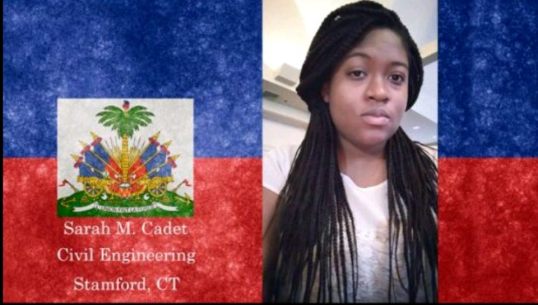 After graduation, I plan to work for the Connecticut Department of Transportation.

How has your involvement in our NSBE Chapter impacted your time at UConn?

Unfortunately, I was not involved in NSBE as much as I wanted to during my years at UConn. Not a day goes by that I don’t regret it.

I have tremendous amount of respect and admiration for those who were and are the core part of NSBE, that makes it thrive and able to help out whenever they can. I may not have been able to do what they did most of the time but that doesn’t mean that I do not pay attention to the work that the team have provided to the next generation of black engineers.

I am looking forward though to keep being part of the team and to use my time in the future and to make up for the times I missed. There’s nothing better for a kid to see than an achievement in real life. I was that kid once upon a time. It is never too late in your years at UConn to get involve in this amazing organization.

What is some advice that you would give current UConn NSBE Members?

Annoy your teachers during their office hours: Some will like it, some might not but it is worth it. You may feel sometimes that everything is burden and it is just too much but trust me, it will pass and don’t think for a second that you are the only one. Going through that phase is a normal thing. One thing college students excel at is having a great poker face. You will make it through.